Gaisce is an awards programme designed to to contribute to the development of all young people. Below is an extract from the Gaisce web site;

“Gaisce’s mission is to contribute to the development of all young people through the achievement of personal challenges.

Gaisce – The President’s Award is the most prestigious Award in Ireland for young people aged 15 to 25. Gaisce is an old Irish word which means ‘a great achievement’. The Award programme is a challenge from the President of Ireland to young people to set and pursue personal goals in four different areas of activity; Community Involvement, Personal Skills, Physical Recreation and an Adventure Journey, with the support of an adult leader. We are delighted to have the President of Ireland, Michael D Higgins as patron of the Award programme.” 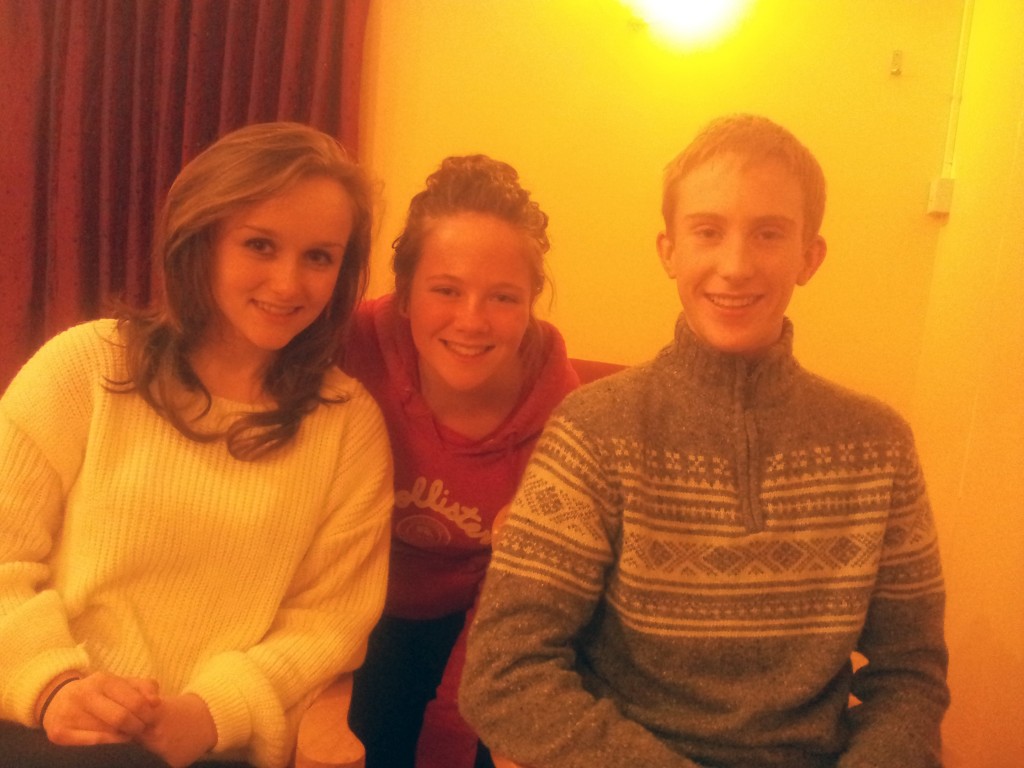 Along with our 2 volunteers taking part in the Pope John Paul II Award  Seán Carey is volunteering at Dalton House as part of Gaisce, The Presidents Award. Below is an account from Seán of his involvement.

As part of my Gaisce Bronze Medal I had to take part in a community involvement for 13 weeks. I thought what better way to help than to help the people at the Dalton House Daycare Centre. So, I decided to ask Nellie Brett and being the very kind and helpful person she is I got to help out every Wednesday night in the Day Care Centre.

I really didn’t know what to expect on my first night but I was genuinely looking forward to helping out. My first night was on a Wednesday, a week before Christmas Day. The atmosphere among all the people that were there was truly wonderful! There was a smile on everyone’s faces and they were all so nice to me making me feel very comfortable from the word go. We handed out drinks, tea and coffee to everyone that was there. The singing and music playing soon came to alight when a few of the men, who had guitars and instruments alike, started playing a few of the Irish folk songs. The songs were, without a doubt, played to perfection. Some of the people that were there on the night sang some songs themselves. All I can say is wow! All of them were really good singers, it was enjoyable just listening to them sing. The singing continued on for the night. After everyone was finished with their tea and coffee and other drinks they had we started to collect the empty glasses and mugs and plates and brought these into the dishwasher so they could be cleaned for the next time. I thought the night was excellent and I was glad to go and help. It was such a nice experience and a great way to help out at the Day Care Centre.